Due to the relaxing of the COVID-19 mask mandates, masks are optional while riding on the train. 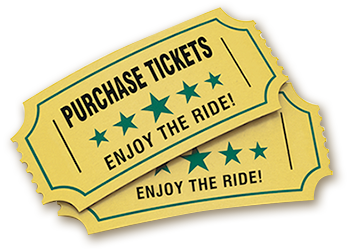 What Keeps Us Moving

Locomotives are magnificent pieces of machinery, both for the complexity of their workings as well as the sheer power they can exert in moving thousands of tons of cargo and/or passengers.

One of three locomotives is used to pull the Spirit of Jasper. All three are works of art.

The City of Jasper’s “Switcher”

A switch engine, or switcher, is a small railroad locomotive. Rather than moving trains over long distances, it’s designed to assemble trains to create a load ready for locomotive to take over, disassemble a train that has been brought in, and generally move railroad cars around. This process is usually known as switching in a rail yard. Switchers may also make short transfer runs and even be the only motive power on branch lines and switching and terminal railroads.

The EMD GP16 is a 1,600 horsepower 129-ton (258,000 lbs.) diesel locomotive produced by General Motors Electro-Motive Division. The locomotive is owned and operated by the Indiana Railway Museum. The EMD GP16’s were powered by an EMD 645 series diesel engine and were built between June 1979 and November 1982, with a total production of 155.

The ALCO S2 is a 1,000 horsepower (746 kW) switcher diesel locomotive produced by ALCO. The locomotive is owned and operated by the Dubois County Railroad, a for-profit subsidiary of the Indiana Railway Museum. The ALCO S2’s were powered by ALCO 539 turbocharged, 6 cylinder diesel engines and were built between April 1940 and June 1950, with a total of 1502 completed.